Home MEDIA COVERAGE What should organizations do with scandal-tainted donations? 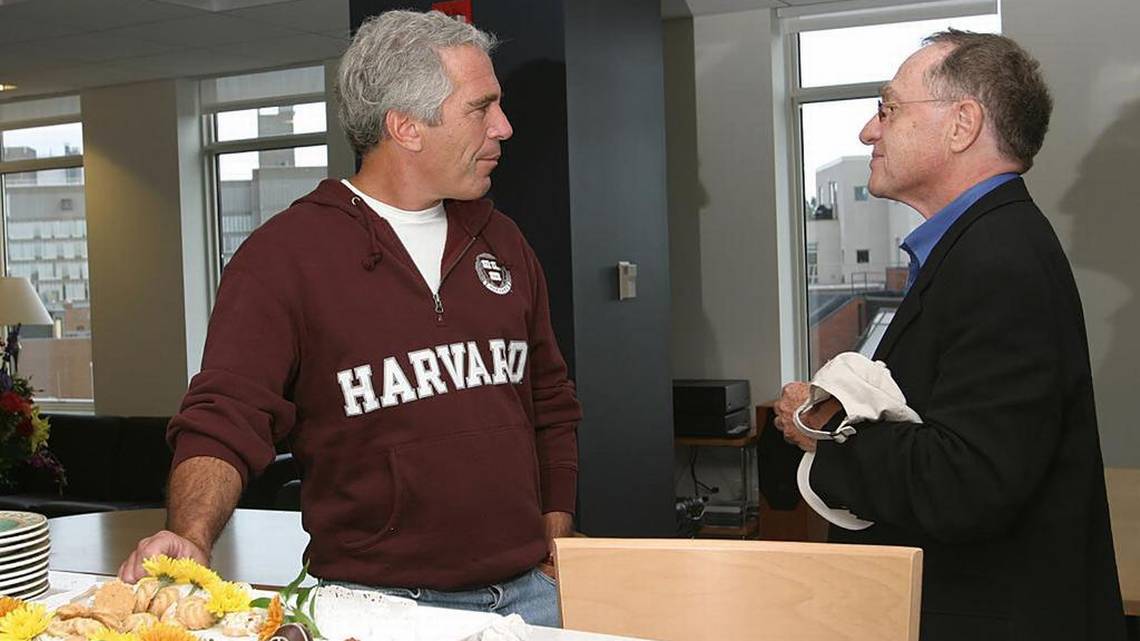 Late sex offender Jeffrey Epstein is seen here, pre-scandal, at left, in conversation with Alan Dershowitz, at a Cambridge event. Harvard received gifts totaling nearly $9 million from Epstein between 1998 and 2007, before he was convicted in 2008 for crimes involving girls and young women. South Florida CEOs were asked: “We recently asked what an organization like Harvard, which received donations from Jeffrey Epstein, should do with said donations. Do organizations have an obligation, or a responsibility, to return funds received from individuals who proved to be criminals, or whose reputations have been severely damaged?”.

CEOs were asked: We recently asked what an organization like Harvard, which received donations from Jeffrey Epstein, should do with said donations. Do organizations have an obligation, or a responsibility, to return funds received from individuals who proved to be criminals, or whose reputations have been severely damaged?

Every organization is different, and in situations like this, leadership needs to look at their charity’s mission and values. If the donations go against their values, no matter how in need an organization is, the money should be returned. Another option is to give the funds to the people affected by the criminal’s actions.

In such cases, organizations should consider the ethical responsibility to do what’s right by the victims and their families, whether that’s returning the money or donating it to a charitable cause or a relief fund that benefits survivors. The victims’ welfare and recovery should be considered as a top priority.

A donation received from someone who is subsequently convicted of drug trafficking or any other profit-generating criminal activity is obviously tainted; in contrast, a donation made by someone subsequently convicted of another crime unrelated to criminal profiteering, e.g., a sexual predator, is a more difficult question. When such a situation arises, an organization needs to first publicly acknowledge the issue and then transparently discuss options with its leaders, members, and outside stakeholders.

Each situation is different and whether funds should be returned to a donor whose reputation might be tarnished should be determined on a case by case basis. If there is a way to have an immediate impact, to address a social ill or provide an opportunity to the underserved that can be agreed to by all stakeholders, then the organization may want to weigh how they can do the most good with the funds that have been gifted by an individual that is considered “tarnished”. In the case of Jeffery Epstein, who is dead, would the organization return the funds to his trust? There is no simple solution.

University gift agreements often include a clause that enables the naming of a building or professorship to be rescinded if there is a scandal. However, universities very rarely return money. The Epstein case may prove different because there are identifiable living victims who could benefit from the tainted donations. Harvard’s lawyers will probably not want to open Pandora’s Box; conceding in the Epstein case could spawn a rash of claims against other donations.

There are numerous dimensions to an institution’s obligations under the circumstances. There may, for one, be legal obligations. Organizations often have formal agreements for large gifts, whether restricted or unrestricted. In order to mitigate an organization’s reputational damage from being associated with a discredited person or company, it is critical for those gift agreements to provide for revocation of naming rights in the event of illegal or otherwise inappropriate behavior by a donor.

Whether there is a moral obligation to return a gift is a situation-specific inquiry requiring sound judgment by the organization’s board. If the gift derived from harmful activity (e.g., human trafficking or proliferation of opioids), instead of returning the funds, the board might instead re-gift them to an organization that seeks to remedy that particular harm. If the funds derive from legal activity or inherited wealth, the moral considerations aren’t nearly as compelling.

CEOs moving forward, not scaling back

Jose Latour with LatourLaw discusses the firm's plans for growth in the September 16 CEO Roundtable in the Miami Herald. Read more here.