We’re in this together.
Your team and ours. 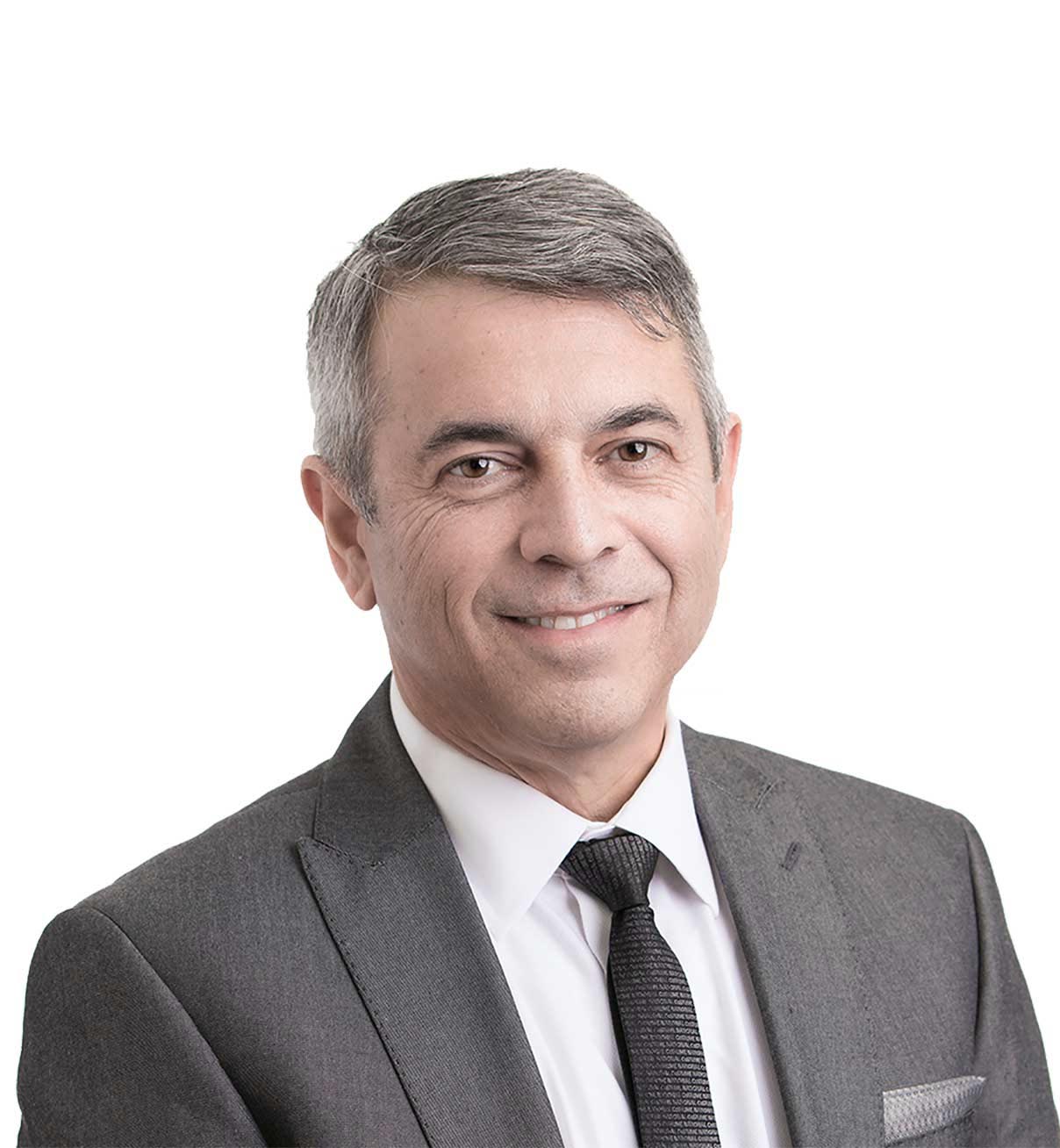 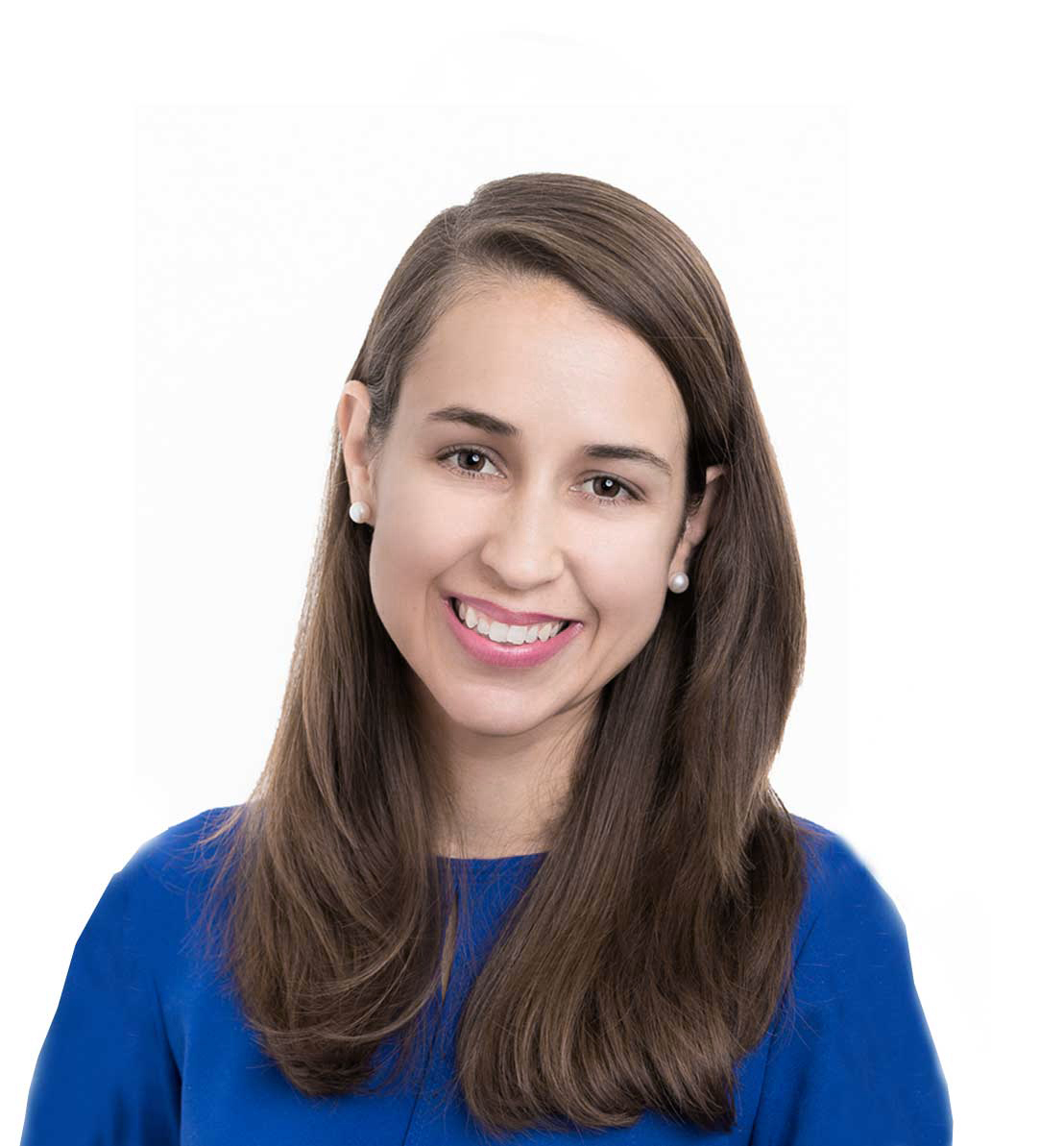 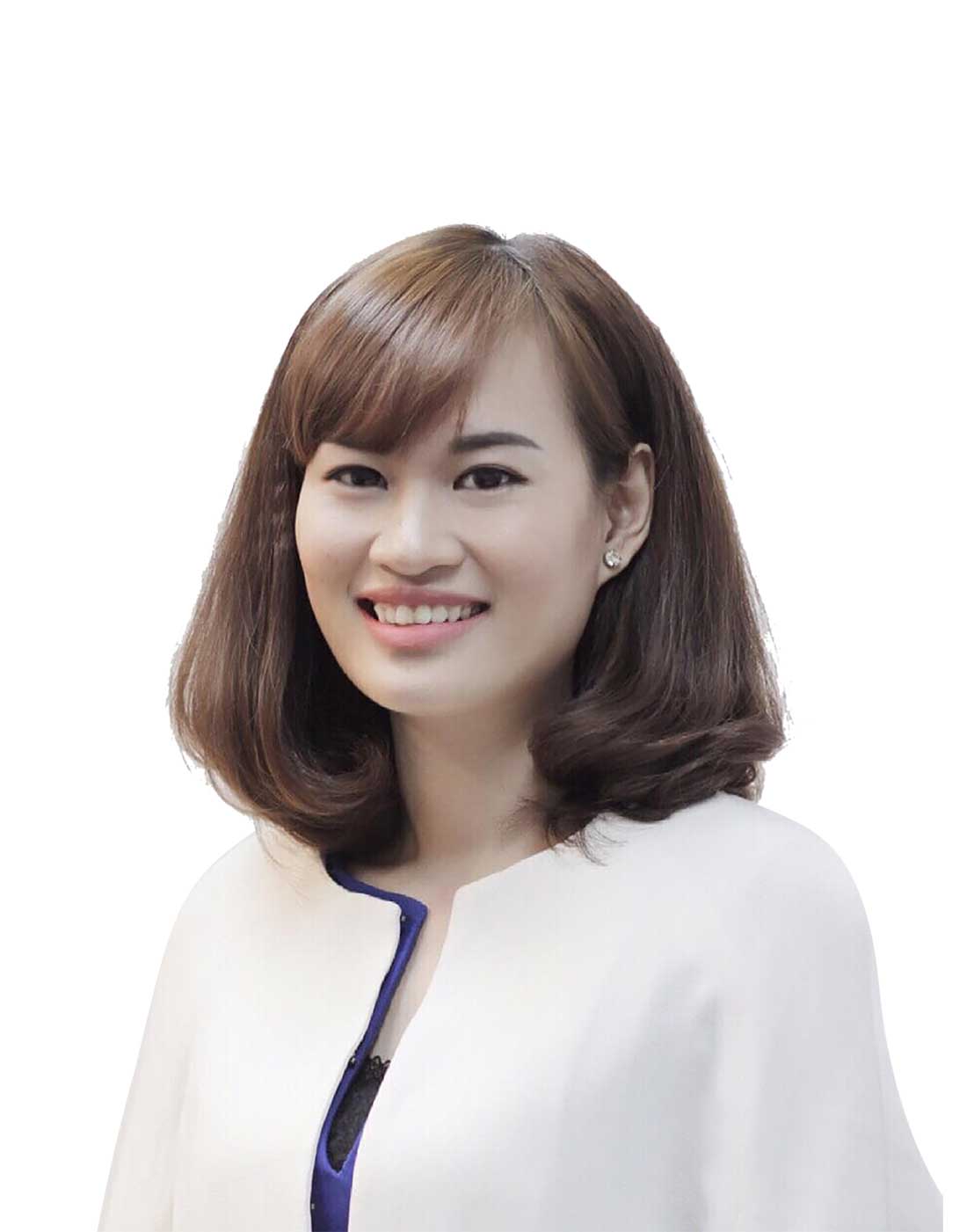 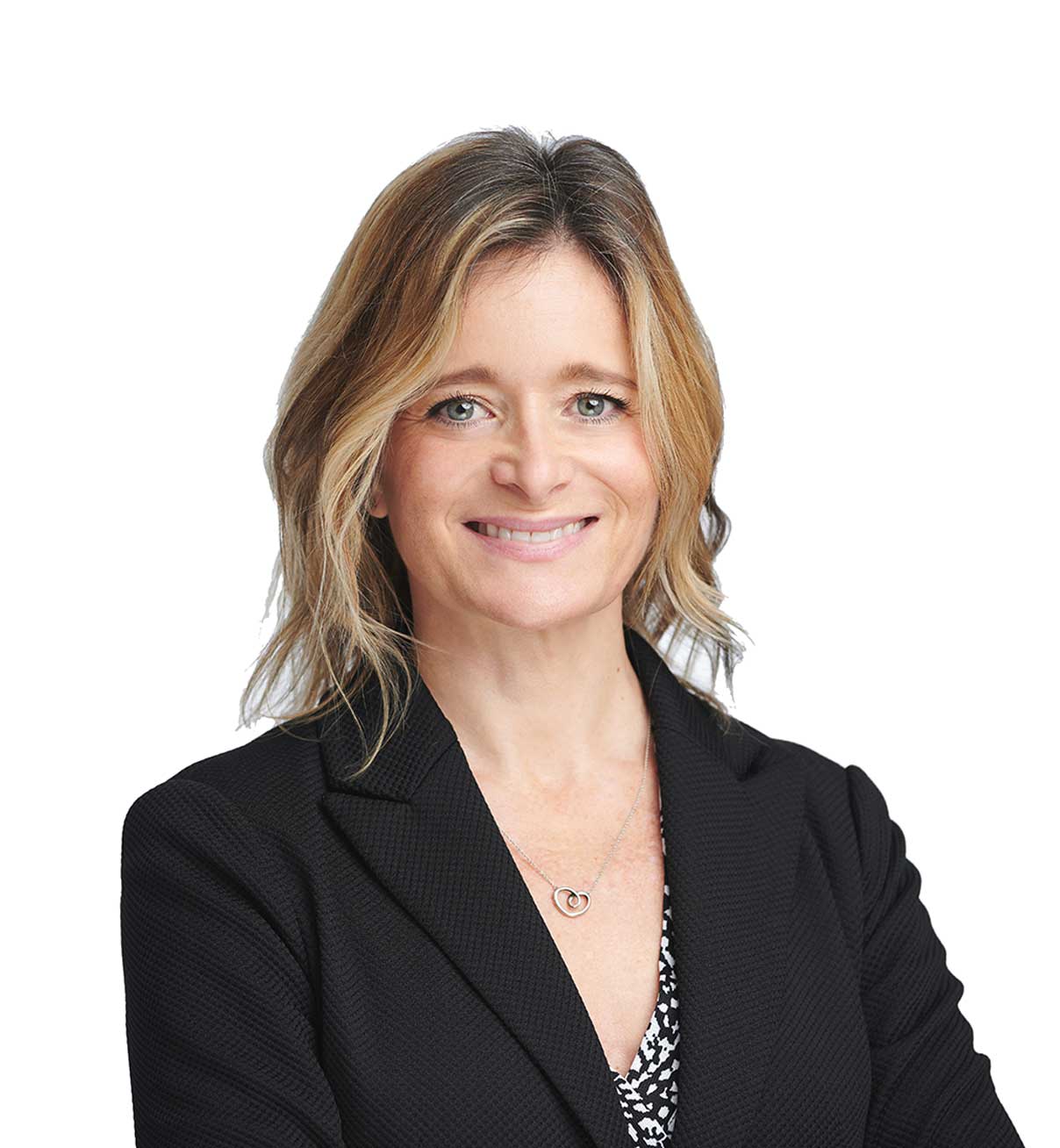 Attorney José E. Latour immigrated from Cuba to the United States, attending the University of Florida for both a bachelor's degree and a law degree. After graduating from law school, Latour was appointed by President Ronald Reagan to the State Department as a diplomatic and consular officer. He has over 25 years of expertise in advising private international clients on global investments and international migration.

Attorney Laura Callava obtained a Bachelor of Arts in International Studies & Political Science from Emory University before pursuing her law degree at the University of Miami. Upon graduating law school, Ms. Callava worked as a litigator in South Florida for several years before joining the Latour Law and AVS Group.

Ms. Callava joined the AVS Group in 2015 as Compliance Counsel, directing the Regional Center’s best-practices and ensuring AVS Regional Center’s adherence with local, state, and federal regulations, including USCIS and SEC regulations. Today she serves as Vice President of AVS and Managing Attorney for Latour Law.

Attorney Catherine Dulude was admitted at the Quebec Bar Association, in Canada, in 1998. After, focusing her activities in business development for Canadian companies for over a decade, she left for the Far East in 2006, where she has since specialised in investment-based immigration.

Combining the roles of managing partner and worldwide operation manager for an international immigration law firm based in Hong Kong, she has guided dozens of investors with their business immigration applications to Canada, USA and other jurisdictions. During this period, she mostly spent her time between Hong Kong and Vietnam. From 2011 to 2013, she was established in Ho Chi Minh City, Vietnam, where she expanded the firm’s service offering and opened new offices in the country.

In 2016, Monica established AVS’ first overseas office in Vietnam. After two years of securing a record of 100% approvals for AVS Regional Center’s EB-5 investors, she established LatourLaw Vietnam in response to the demand of AVS Vietnam’s growing Vietnamese client base. She is serves as Director of LatourLaw Vietnam, and manages LatourLaw’s operations in SouthEast Asia, serving as primary client liaison for Vietnamese and other investors from the region seeking legal support in the areas of US business expansion, international real estate acquisition and development, investment based immigration, international joint ventures, mergers and acquisitions, and LatourLaw’s Exclusive Turnkey Grenada CBI/E-2 Investor Visa/Franchise Management service.

Sana Adeel is the Managing Director of LatourLaw’s office in Karachi, Pakistan, S.J. Latour. Sana has worked in the immigration industry for over 10 years and has worked with clients from all over the world. She is experienced with both the United States and Canadian immigration systems.

Legal Representation of American enterprises in Vietnam and Southeast Asia.

Advising and assistance with Global mergers and acquisitions.

If you have any other special legal service requirements, please contact us. If it is not within our expertise we will be happy to advise and assist investors in finding the right representation.

“There are depressingly few attorneys or regional centers practicing in the EB-5 arena who I consider to be honest, intelligent, and trustworthy...in fact, I'm only aware of one - Jose Latour. He understands the absolute importance of compliance and fair dealing with investors, and I've seen him put his client's interests ahead of his own on numerous occasions. I am 100% comfortable entrusting him with my business and financial interests.”

“I trust Jose Latour completely. I know him well and can honestly say all our EB-5 dealings have been 100% satisfactory and successful. If there was ever any hesitation or equivocation, at any point down the EB-5 road, Jose put that on the table first to be vetted and then avoided or worked out, until there was no room for doubt.
I have been practicing Immigration Law in Miami, Florida for over 30 years. I have worked with Jose in the past and will continue to do so, secure in the knowledge that his ability and expertise are matched only by his trustworthiness. He has my highest personal recommendation to anyone in the EB-5 marketplace”

“Having known and worked with Jose for little under 5 years now, I have no hesitation in saying he’s one of the few professionals in this space who tell it like it is. He believes in breaking things down in a way that enables clients to fully comprehend all aspects of their EB-5 investment and make truly well informed decisions – a rare experience for most clients in international markets.”

“I know Jose on both a professional level and a personal level. He is energetic, extremely competent, personable and honorable.”

“Jose Latour is a long time member of the Bar and a respected innovator in EB 5 and global consular matters. His word is his bond.”

“I am a longtime (35 years) friend who can attest to Jose's superior character and service."

"Jose is one of the finest experts on EB-5 regulations out there. I received great insight on market situation, and legislation interpretation from him on numerous occasions."

"I have known Jose for a few years now as he is legal counsel and advisor to some high net worth people I have done business with. Even though we sat across the table (he was representing them) his involvement allowed for a smooth and successful accomplishment for everybody. Jose is an honest, trustworthy person with the highest integrity".

“Jose knows how to navigate the EB5 process flawlessly! Jose has a wealth of knowledge on EB5!”

“I knew I was in good hands right from our first communication.”

“After many years of unreliable immigration services, we found the knowledgeable legal counsel and extensive advice Jose consistently provides to our clients the much needed complement to our estate and pre-immigration tax planning services.”

“I took my high net worth client to Jose for an EB-5 investment. Jose spent over 4 hours with my client explaining Eb-5 visa process. The depth of his knowledge was astounding. He did not rush my client to try to close the deal, ultimately counseling him to consider his options carefully before proceeding”

“Jose’s commitment to protecting the interests of his Regional Center’s EB-5 investors is something he takes very seriously. As the CPAs for AVS EB-5 and its EB-5 Limited Partnerships, I can personally attest to Jose’s sense of fiduciary responsibility toward those he is guiding down the path of EB-5”

“Jose Latour is a well respected, ethical and trustworthy professional with the highest of principals”.

Miami Ranked #1 US Destination for FDI in 2022 FT-NIKKEI “Investing In America” Ranking October 6, 2022 The Financial Times and NIKKEI today named Miami, Florida, as “the best city in the U.S.

The USCIS has just agreed to a settlement which resolves two pending lawsuits filed against the government, paving the way for approved EB-5 Regional Centers like American Venture Solutions (“AVS”) to...

The EB-5 Regional Center Program’s reauthorization last March prompted much celebration and excitement in the EB-5 community.  After all, it had been almost a year since the program’s sunset, and dema...